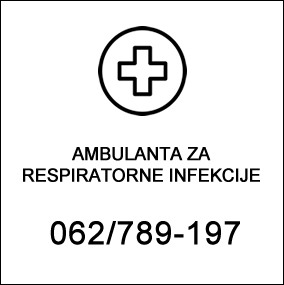 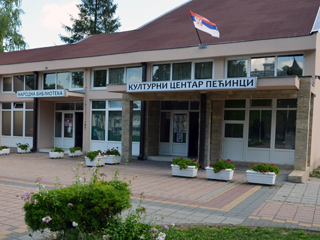 Exactly 30 years ago, Pećinci Municipality established the House of Culture Pećinci, Pećinci Party Consultations”, today known as The Culture Center „Pećinci”. Throughout the years, activities of the Culture Center remained more or less the same, but in certain times some were stressed out, some were neglected.
Location of the Culture Center Pećinci is 1 Slobodana Bajića - Paje Street. Institution has 9 staff members, and consultant agreements are concluded with the sector managers. Culture Center activities are focused on cultural-art, educational, exhibition and gallery activities. Focus of activities is, above all, reflected in the work with the school age children and youth as a part of artistic amateurism.
During the long period of the Culture Center work, the following sections have been particularly developed and improved.
Drama section split in two groups, one with younger members and the other with high-school age and adult members. Drama section has had noticeable results in the previous period, especially in the last few years when enviable staff of actors was established within both groups. Drama section has produced total seven drama plays in the last two years, three of which for adults and four for children.
,Love Knows no Barriers,” Crash Witness” and, Vita Colštok and His Promiscuousness”. Ivana Jokić won an award for a leading role in ,,Vita Colštok and His Promiscuousness”, and Vukašin Čestić won an award for supporting role at the regional assembly of amateur theaters held this year in Irig.
Youngsters prepared 4 plays as follows ,,Miss Minister”, ,,Charade” , „Captain John People Fox” and ,,The Blue Color of Snow”. Mentioned plays have had noticeable success at the regional assemblies.
Music section was recognizable by its awarded tamburitza orchestra well known by the audience.
Music section develops the children affection for music, musical expression and piano and accordion interpretation. The section started its work as of the establishment of the institution under the leadership of Branka Savić for the last 23 years. Existence and work of the section is aimed at upbringing the amateurism and audience with formed music taste to raise the level of musical and general culture of the community.
During the year, the musical section work makes different events pleasant and organizes the concerts. Members of the music section verify their knowledge through exams taken at the lower music school in Sremska Mitrovica.
Culture Center Pećinci has been organizing for the last three years the ,,Mini - Tini - Fest” led by the art director Jovan Adamov and hosted by Minja Subota, and attended by the pupils of up to the eight grade of elementary school.
For many years, folk section has been assembling the most members, both young and elderly. Long years of work have created permanent cultural ties and friendships with cultural centers and folk-art clubs, both domestic and international. Performances of the folk section have always excited the audience always showing appreciation of their engagement and efforts.
Literary section, as the youngest in terms of experience, does not leg behind other sections in any sense for it has managed promptly to assemble young literary talents. The youngsters (elementary school students) have won a dozen of literary awards during the last three years in prestigious festivals and competitions: ,,Neven's Festival” in Banatsko selo, ,,Literary Marathon for Children” in Subotica, ,,Humor Festival„ in Lazarevac and other.
In addition to regular activities, the Culture Center has been traditionally organizing a unique child poetry colony, Obedska Pond assembling around twenty talented children from country and abroad every year. Eight colonies were organized so far in the natural reservation of, Obedska Pond. Therefore, around 160 children participated in the colony. The event is well covered by media, both here and abroad, and as a proof of good and successful work the Serbian Writers Association awarded the Gratitude Medallion for the mentioned event.
Culture Center has been preparing and organizing municipal assembly of recitors every year. The best recites are qualified to regional competition held in Stara Pazova. Our recites have had noticeable success and won both provincial and republic prizes.
This institution also organized literary competition called, On the Wings of Imagination”, the competition of poetry and prose, and the fine arts competition of free themes and techniques.
Education and information is another segment of work of the Culture Center whereby various educational lectures for young are organized.